This past weekend, Diane took me on a (very delayed) anniversary trip to see Final Fantasy Distant Worlds in St Petersburg, Florida. It was fantastic!

Highlight of the Evening 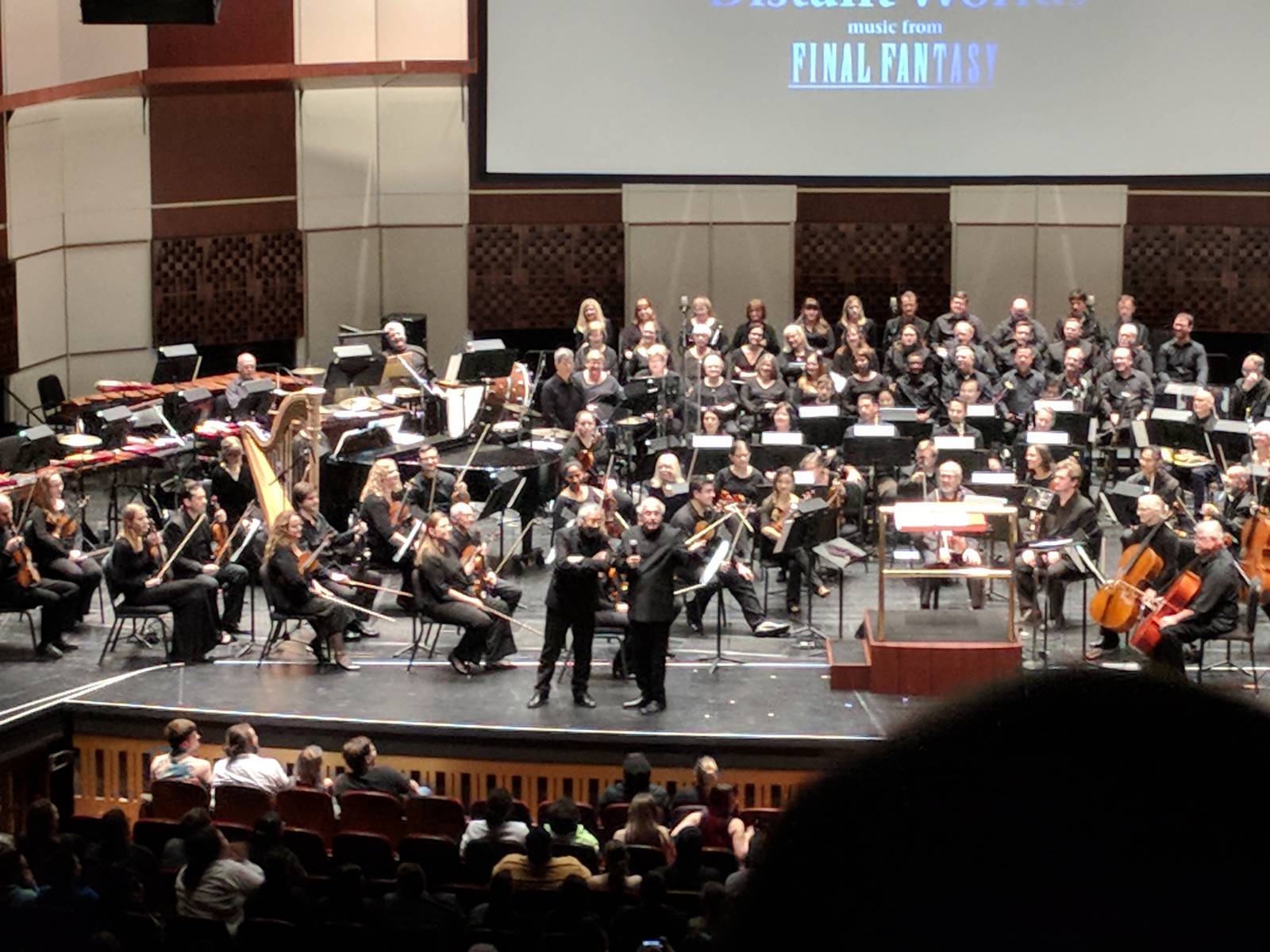 Nobuo Uematsu was there and most of the crowd, save for one older gentleman sitting next to Diane who smelled like a marijuana, recognized him. The volume of applause went noticeably up anytime he was present.

It’s not that I feel like no one knows who he is or that people at a Final Fantasy concert wouldn’t recognize him, I just didn’t expect the level of respect shown him for his work was that evident in his fans’ passion.

It was a pretty spectacular thing to witness.

Oh and there was a sing-a-long for ‘One-Winged Angel’ where we all got to yell SEPHIROTH back at Nobuo himself. Amazing.

Lowlight of the Evening

There weren’t that many cosplayers, but there was one really amazing Zack. He was so good that we spent some of the evening just watching people walk up to him for pictures (it was a lot of people).

Diane and I were conflicted on this, but the reason this excellent cosplayer is a lowlight for me was because during ‘Swing de Chocobo’, he and his date started swing dancing in their balcony seats. People started pointing it out during the performance too, so I felt like it was a bit too much “hey, look at us and not these talented musicians currently performing right now”.

Best Song of the Night

I was really hoping for something from Final Fantasy Tactics or Final Fantasy XIV. I got the latter featuring the Tampa Master Chorale, which included one singer who absolutely floored both Diane and I with her singing.

Top 3 Songs I Wish They Had Played

For fun, here’s three songs I still wish I could hear played live: