John Wayne was synonymous with masculinity in our household growing up. To this day, my father, an ardent fan of Wayne’s and all Westerns, refers to his coffee as “John Wayne coffee” whenever he takes it black (which is often). In 1956’s “The Searchers” starring John Wayne, his character adds a scoop of sugar to his coffee and that was the first sign that this was all a facade. 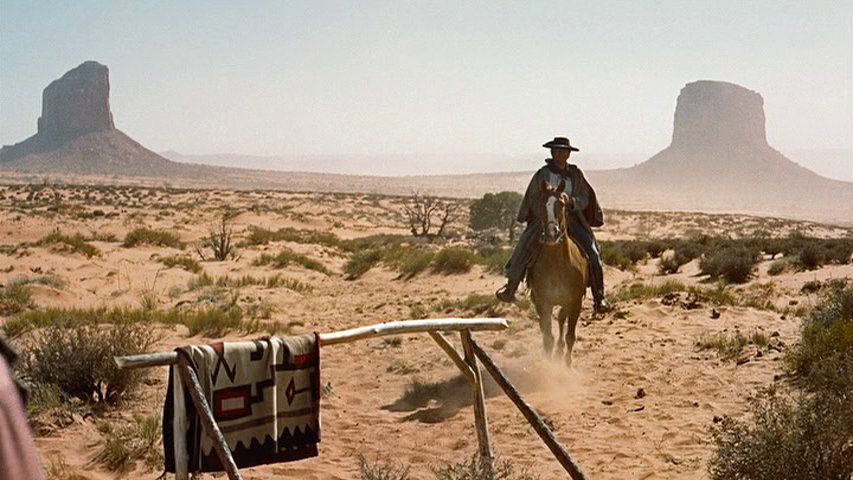 Despite the reverence for John Wayne growing up, I never took to his movies or Westerns at all. My father and grandfather were big fans, but science fiction and fantasy took an early hold on me. As “The Searchers” began, I admitted to Diane that I had never watched a John Wayne film all the way through and then we both realized that the only thing either of us had seen him to completion was that one episode of I Love Lucy.

“The Searchers” stars John Wayne as Ethan Edward, a man returning to his brother’s home after an eight year absence where he presumably fought in the American Civil War and the Mexican Revolutionary War. Shortly after returning home, Comanches attack and murder Ethan’s extended family and run off with his two nieces. Ethan is left with Martin (played by Jeffrey Hunter), a part-Cherokee orphan raised by Ethan’s brother’s family, and the two set off to find the girls and seek revenge. 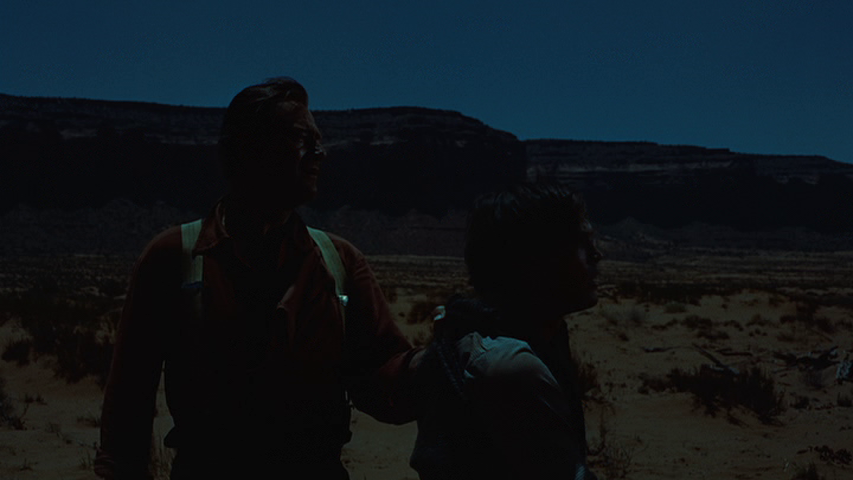 Ethan Edward is the best and worst thing about “The Searchers”. While he does experience some character development (slightly less racist and more accepting of Martin’s heritage), it comes at a glacial speed considering the movie covers a five year period. Wayne’s performance fascinated me and I instantly was drawn in to his ruggedness. It’s immediately evident why young men would want to emulate a tough guy like John Wayne, even when the character of Ethan Edward is nigh unlikable. He’s racist, rude, has a problem with authority, and is shaded by mysteries. Where has he been? Is he a good guy? Is he a criminal? These are all questions the movie had me asking and left me asking since there was so little resolution.

In truth, we neither liked nor disliked this film. Similar to “Giant”, I imagine more creative control and tighter editing could cut a great film out of so much material. Too much of “The Searcher” plods along and left me feeling bored. While some of these stretches helped establish an atmosphere and mood, more often than not they left me feeling as empty as the countryside they rode over. Much of their journey was summarized in a letter, which likely saved time and money on production, but I wish that had been the crux of the film. I never got a feel for Ethan or Martin and the characters barely change from the beginning of the film to its end, despite spending five years traveling together. I also struggled to root for Ethan and his blood lust or Martin and his earnest ineptitude despite their reasoning being justified. 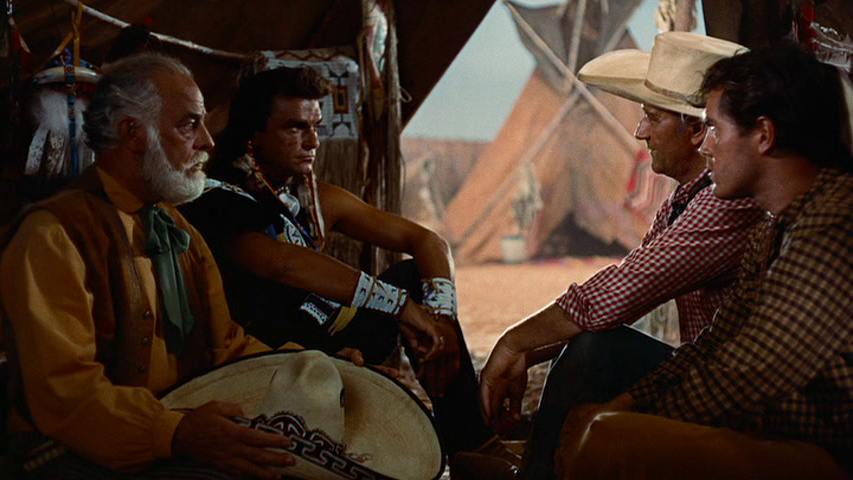 I did feel somewhat impressed by the film’s depiction of Native Americans. Sure, many of the action scenes involve lemming-like Native Americans falling over for seemingly no reason, but at least their characters are given dignity, narratively-speaking. Though underexplored, Chief Scar, the film’s Native American villain played by German-American Henry Brandon, is seeking vengeance for wrongs done to him and his people by whites. Other Native Americans also fall victim to Chief Scar and, to an extent, help the main characters in their journey.

Moving from Native Americans to the main characters, I felt the film had tone issues in its final act. There is an entire secondary plot about Martin and his love interest Laurie (Vera Miles). It leads to a humorous wedding scene where a returning Martin is shocked to find Laurie marrying another man and, as much I enjoyed it, it did not fit in with this moody vengeance plot “The Searchers” tried to focus on. It ends with a Yankee soldier asking if their men will be ready because Chief Scar just so happens to be in the area again and they want to launch an offensive. This soldier is the butt of several jokes and it is all a roundabout way of getting the movie and its characters to an actual climax (complete with happy ending). 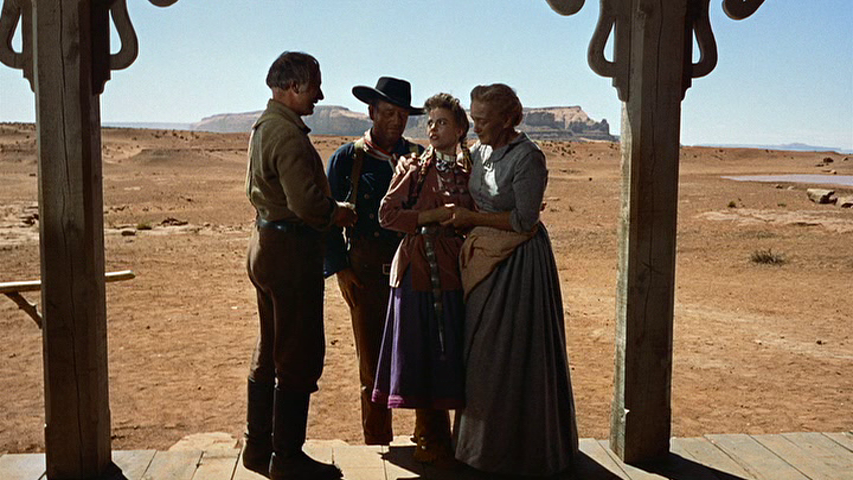 “The Searchers” is shot beautifully with many amazing outdoor shots (including a horseback ride through deep snow that looked treacherous). Other times, it is a Western shot in a studio with cheap backgrounds. In the things not depicted or examined – Chief Scar’s vengeance, Ethan’s past, the romantic eyes made between Ethan and his sister-in-law – I found myself wandering back to them while the film trudged along with what it was willing to show me. There is a lot here to enjoy, but they are pieces independent of the tighter, more focused, or more revelatory film I wanted to see. In my opinion, “The Searchers” was just okay.