1967’s “The Dirty Dozen” balances the line between dark comedy, war film, and action thriller. It immediately became one of our top films in this set, recent or otherwise, and will likely have to contend with “The Treasure of the Sierra Madre” when we do another summary review of the last 25 films in the set we watched (which is coming up soon).

“The Dirty Dozen” tells the story of an eponymous group of American soldiers and war criminals who are given a second chance with a suicide mission. The movie follows Lee Marvin as Maj. John Reisman, a maverick in his own right, who “volunteers” to train and lead the mission.

The film does a fantastic job of balancing itself. Most action movies and war films tend to be nonstop and relentless. Instead, we have a slow and steady build as we get to know and eventually care about our band of twelve murderers and other criminals (including at least one rapist). In some respects, it plays very similar to sports movies like “The Mighty Ducks” or “The Replacements”: the characters come from all backgrounds and don’t like each other very much but learn to get along. The difference here are the stakes: if anyone talks about their secret mission to anyone else or tries to escape, then all of them will be sent back and their sentences (for many: hanging) will be carried out immediately.

It helps that the film is wonderfully performed. Lee Marvin’s Maj. Reisman is perfect casting. He has a quiet intensity and older look. He reminds me of older combat veterans I have met in my lifetime, perhaps because he actually served in World War II.

The rest of the so-called Dirty Dozen are equally amazing. Standouts include John Cassavetes as Franko, the group’s lead dissenter who ends up rallying them together. Telly Savalas’s Maggot, a rapist and all-around horrible person. I remember Savalas from the Twilight Zone episode about living dolls. That man played creep almost too well.

An incredibly young Jim Brown, the NFL great, plays Robert T. Jefferson. It was only after the film, when Diane was reading up on it, that I learned this was the Jim Brown. I was surprised to learn that he had any kind of movie career. He was absolutely fantastic in his role. In terms of this list, he has the distinction of being the first African American character that wasn’t a slave or the help. Shame he had to be a war criminal, but at least his crimes are justified within the plot (he killed two white men that tried to castrate him, or something like that). They also pair him with Wladislaw, played by the perpetually disturbed looking Charles Bronson. His character too has a sympathetic backstory and is faced with racism from some of the other men, so it is an interesting pairing with a lot of chemistry. 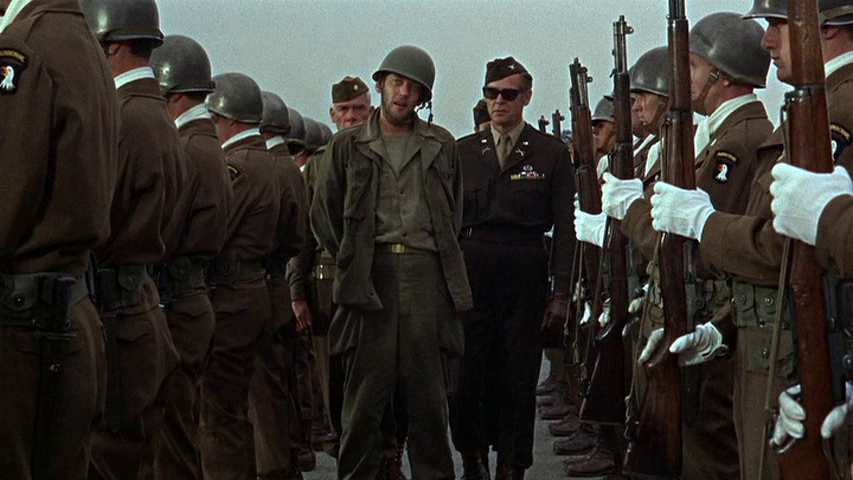 Finally, I’d hate to miss mentioning Donald Sutherland as Pinkley. It’s a minor part, especially for an actor still going, but neat seeing his younger self in a classic film. He lacked all of the intensity his older appearance has given him, though that could just be his acting. For all I know, he has always been an intense old man!

If there are any complaints to be had, it’s the deaths. Not that they happened, mind you, just that they were all performed terribly. Outside the lack of swearing, this film could’ve been shot in any decade since, but it’s the way characters die that ages it the most. From over-the-top screams to the always terrible “dies and falls forward through a window”, it’s a real mess and detracts when the deaths are most plentiful: the film’s incredibly tense final act.

Of all the movies in this list thus far, “The Dirty Dozen” earns one of the rarest distinctions of being a film I would happily watch again. Diane and I both loved it. From start to finish, it was entertaining. Somehow, someway, this movie made us forget what these men were convicted of doing and wish they are all survive. The exception of course, Maggot, because fuck that guy!

If you haven’t seen it, see it. It is really just that simple.