I managed to forget that a more recent “Ben-Hur” ever hit theaters in 2016. After watching the 1959 film, I would have thought a remake was overdue but apparently not. The 2016 version’s failure is for the best since the 1959 version still holds up with great acting, a fascinating story, and some amazing special effects, and action sequences – for its time and even now. 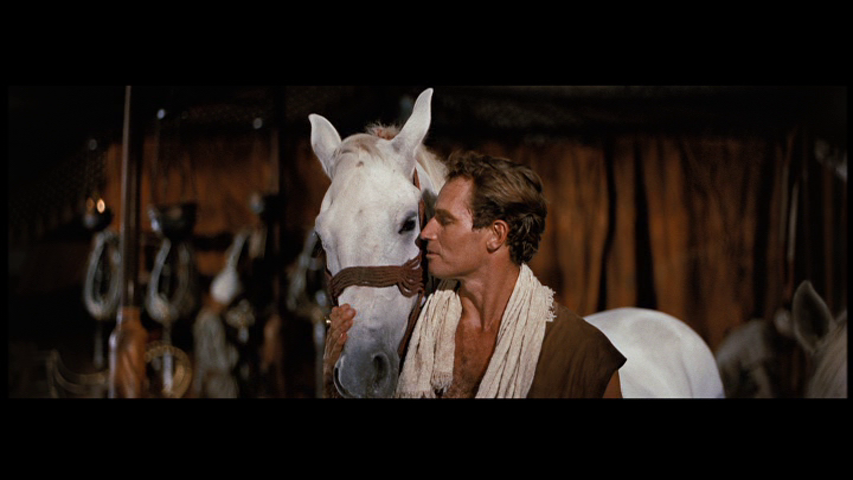 Starring he-who-was-Moses, Charlton Heston plays the movie’s titular Judah Ben-Hur, a Jewish prince living in Judaea. After being betrayed by his childhood friend Messala, a Roman Tribune played by Stephen Boyd, Ben-Hur is forced into slavery. In slavery, Ben-Hur is driven by his twin desires of revenge against Messala and vengeance for whatever was done to his mother and sister.

I was surprised to learn that “Ben-Hur” was based on an American novel from the late 1800s. I was even more surprised to know that it was a bestseller up until the release of “Gone with the Wind” in 1936. And, despite being from the South, I always forget that “Gone with the Wind” was ever a book. I am not sure what any of that says about our culture – a lack of appreciation for our culturally significant works, these authors are both one-hit wonders on the same level as “Mmmbop” by Hanson or “Ice Ice Baby” by Vanilla Ice, or people and cultures just move on. Still, I thought it interesting. 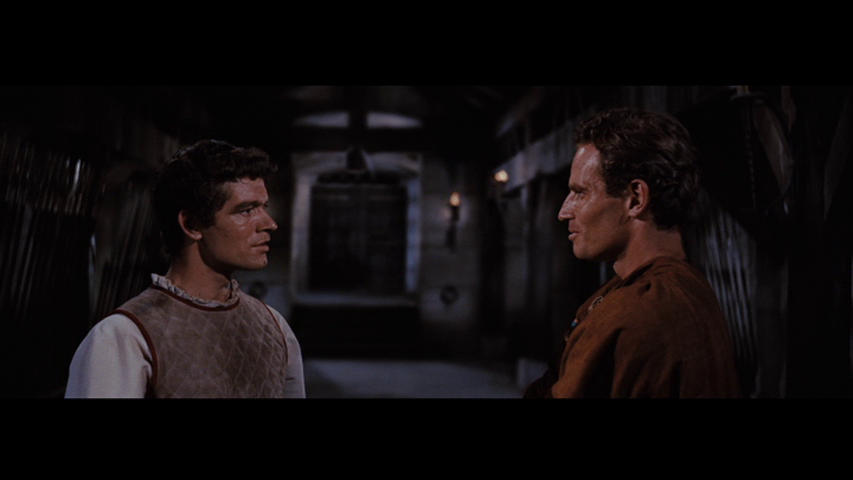 Even more interesting, as someone with no prior knowledge of “Ben-Hur”, was its New Testament-adjacency. The movie’s extensive runtime is mostly about a Jewish Count of the Monte Cristo but ends with a Passion Play (complete with the censored face of Jesus and a lack of credit for his actor). I should have guessed from the movies outset when it gave away the subtitle “A Tale of the Christ”, but it was another 40 minutes of runtime I could have otherwise avoided. That’s not to say the parts with Jesus were bad or even unjustified by the movie’s narrative; they just felt excessive on top of an already excessive movie.

It’s amazing how much ground “Ben-Hur” covers. Starting in Roman-controlled Judaea, Ben-Hur’s time in slavery is spent on Roman galleons at war in the Mediterranean. After saving the life of his Roman slaver, Ben-Hur is honored by the Roman Emperor, is adopted by his former slaver and made a legal citizen of Rome and rises to fame as a champion charioteer. After that, he journeys back to the Middle East, meets an Arab man with a vested interest in chariot racing, and eventually challenges Messala in the Circus Maximum as revenge.

If anything, “Ben-Hur” should be remade as limited television series on something like HBO. Each leg of Ben-Hur’s journey alone could constitute an entire season’s worth of material. The fact that the movie manages it all in 3 1⁄2 hours is a bit of a miracle on its own.

Of course, no discussion of this movie should be had without mentioning the chariot race. By far, this part was worth the entire runtime and I cannot recommend it enough even for modern viewers who may be discouraged by the excitement potential of a movie from the near-60s. You owe it to yourself to see it first and then read all about how it was done (including carving out an arena from a rock quarry). Neither of us could turn away and seeing very life-like mannequins get trampled through chariot wheels and horse hooves was troubling to say the least.

For me, the best part came after when Ben-Hur confronts a broken and beaten Messala. Rather than some triumphant moment of friendship overcoming their differences or forgiveness between two equals, Messala doubles down and stoically faces his own death to do so. For me, it was an immensely satisfying and realistic end to the villain, and I am grateful he went down swinging rather than falling prey to an unearned redemption.

“Ben-Hur” is a long, long movie, but it is fun. I doubt I ever revisit it and I probably will not recommend anyone seeing it beyond what I have already said here. Still, I am glad I experienced it and now know what it is about. I feel like I have come just a little bit closer to learning about my culture’s history through the lens of ancient Rome and ancient Judaea.