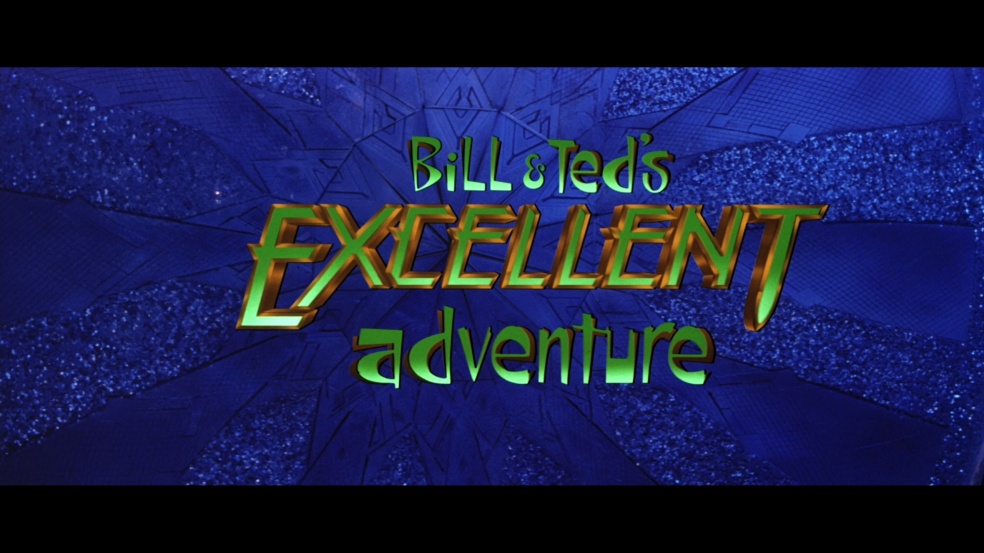 Rightfully so, Keanu Reeves has been all the rage as of late. He is the kind of person we should aspire to be, and, along with cat videos, is one of the few things that makes the internet tolerable these days. With a new sequel pending and a love of my life who has not yet seen it, we thought it would be a good time to (re)visit the 80’s classic, “Bill & Ted’s Excellent Adventure”. 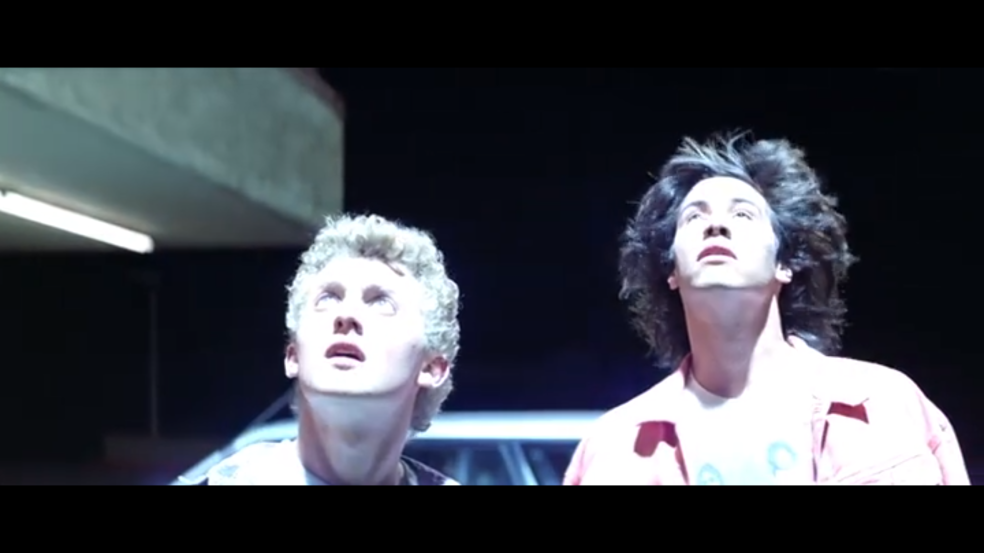 To be fair, Bill and Ted were not a staple of my childhood either. I first saw this movie in my late teens. I have seen bits and pieces of the sequel over the years, but never sat down to watch it in full. I also didn’t see the animated series from the early 90’s or play the NES videogame (though I have watched it speedrun). Diane had even less exposure than I to the film or the characters.

If, like her, you are (were) unfamiliar, “Bill & Ted’s Excellent Adventure” is an 80’s comedy (1989 to be specific) about two teenagers, Bill (Alex Winter) and Ted (Keanu Reeves), who are on the verge of flunking their history class. Despite their lack of intelligence and inability to be successful at anything, including an inability to play instruments though they spend all their time in a band called Wyld Stallyns, they are intended to be totally transformative to like the future and stuff. That’s why the late, great George Carlin (as Rufus) comes from the future to lend Bill and Ted a time machine so they can go further back in time to meet real historical figures, so they don’t fail their class.

To be frank, it’s a dumb plot, but as with most cult classics, it excels for reasons beyond its silly premise. For example, Bill and Ted are incredibly endearing characters despite their stupidity. Bill is the smarter of the two, but his interplay with Keanu Reeves as the lovable Ted just works. Their adventures in time, however cheaply shot, also add a lot of fun charm. From the antics of Napoleon to the way Socrates is called “So-Crates” to the friendship that blossoms between So-Crates and Billy the Kid, this is a fun movie.

It’s also a surprisingly wholesome film. I doubt I noticed it as much in my teens, but now having seen more movies from the 80’s, “Bill & Ted’s Excellent Adventure” lacks most of their hallmarks. Its not a sex comedy or a stoner movie, though it could have been. There’s not excessive violence or gore. And it is neither dark nor edgy. When compared to the other most recent 80’s camp movie we watched (“Masters of the Universe” and no I am not going to write a review because it would just be 800 words of praise because that movie is perfect), Bill and Ted’s excellent adventure is family-friendly even in the G-rated era.

And, if I am totally honest, the wholesomeness does detract for me. Yes, it’s a charming movie, but it’s not what I usually expect in a cult classic. Those kinds of movies are often far less safe or far more over-the-top. This one is neither. Despite its absurd plot, there isn’t much that makes “Bill & Ted’s Excellent Adventure” standout. The film’s climax in the mall with all the historical figures is the best part, but we spend most of the film gathering those figures in short scenes set in the past. Worse, George Carlin gets a criminally low amount of screen time.

None of that is to say “Bill & Ted’s Excellent Adventure” is bad. I think it is a perfectly acceptable and enjoyable look at life in the 80’s through the lens of two quotable, likable characters. Unlike many movies of the era, it is fun for the whole family (outside of a few stepmom-related jokes, perhaps). After rewatching it, my full-on nostalgia boner for a new movie is lessened, but it will have Keanu, who is a gift, and why wouldn’t I (or any of you) accept a treasure like that?